The main secreting internal (endocrine) glands correspond to the charkas which have been described in Indian ayeverdic medicine. The daily output of melatonin is about 800mcg which is quite a small amount. Women produce 10x as much testosterone daily. Secretions become more potent the higher the gland is located up the body

At first glance, the studies in the medical literature seem too disparate to be convincing. A little reflection reveals the underlying connection linking pineal gland function with internal hormone functioning and the many important relationships in promoting sleep, mood, and sex drive, reducing depression and the rate of ageing, and helping maintain freedom from cancer, diabetes, heart disease and chronic disease in general.

This is a multifaceted disorder which is seen more in women than men. It is common when long winters increase the hours of darkness. Companies in the Northern Hemisphere often install special lights directly above work stations to create a circadian rhythm effect by causing melatonin to trough during the day and peak in the evening. Moods are then contained in a normal range and a happy worker is the result. Serotonin is a molecule which promotes mood, and receptors for serotonin are distributed generally around the body. Melatonin is involved in the production of serotonin.

In the early 1900's the average sleep hours achieved by the adult population was estimated to be nine hours per night. It is now considered to be less than seven. During deep natural sleep there is a maximal recuperation and regeneration of brain cells. High antioxidant during sleep activity protects brain cells from destruction, and melatonin participates in this process. Damage by free radicals, caused by poor antioxidant activity has discernable effects on accelerated brain ageing over time. One of the major effects of chronic fatigue is sleeplessness.

There is evidence to show that disturbances of melatonin production caused by crossing time zones, in addition to the cascade of free radicals generated by air travel, promotes jet lag. The New Zealand Olympic team and other touring teams use melatonin on a regular basis.

Normal melatonin output and circadian rhythm are disrupted by the effects of moderate stress. Using natural means of buffering the body against these effects (exercise, sound nutrition, using nutrient support, distancing from the stress) can be complemented by using melatonin.

Dr Walter Pierpaoli has written many papers on the connection between growing old and declining pineal gland function.

To obtain optimum levels of melatonin one should consider exposure to sunlight for thirty minutes around the middle of the day. This drives melatonin levels down and promotes a rebound effect. Overhead lights suppress melatonin so in the evening try to maintain subdued wall or table lamp lighting.

Melatonin needs to be prescribed by your doctor

5-HTP is a precurser to melatonin 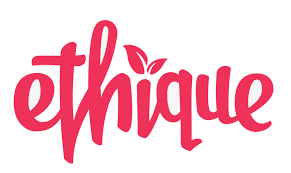 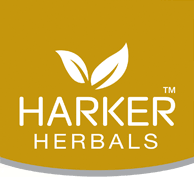